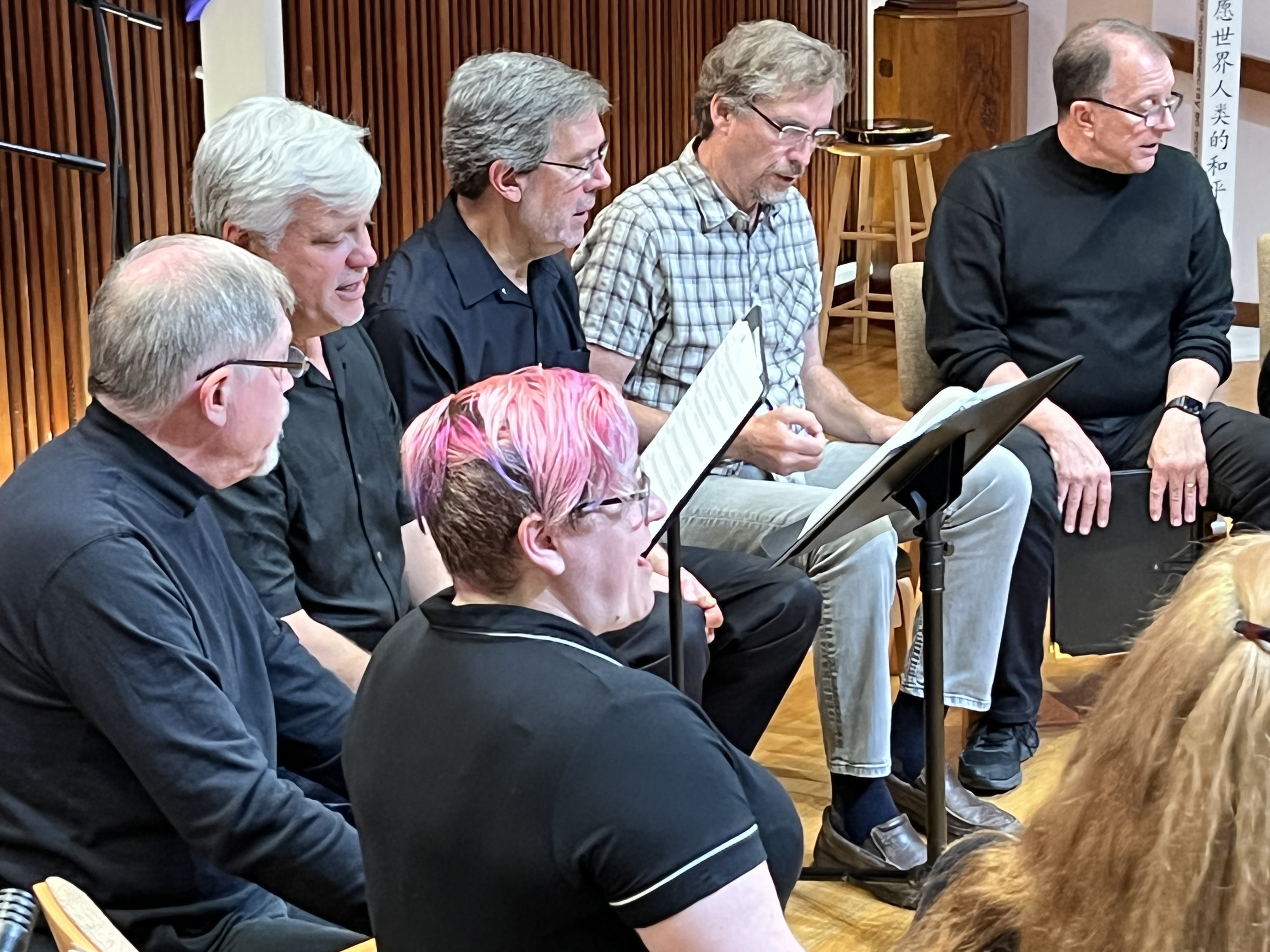 We are a non-profit (501c3) organization and a registered California public charity.

The Valley of the Moon Chamber Ensemble (VOMCE) was conceived by the five “founding members” of the Ensemble (Brian Sebastian, Sheila Whitney, Shannon Howlett, Jerome Smith, and Greg Grabow) during an informal Christmas party at Brian’s home in 2006. Over the course of the following year, the concept grew and singers were added, rounding out the Ensemble with eight voices – two on each part.

VOMCE gave its debut performance in December 2007, singing a Christmas concert at the Sonoma Valley Museum of Art as a benefit for the museum. It was a smashing success. Since then, the group has evolved, increasing its membership to 16 voices, deepening technical and artistic performances, and gaining notoriety in the community and a loyal and enthusiastic audience. With an embrace of 500 years of a capella classical choral repertoire, VOMCE has performed a holiday and a Spring program every year since. In July 2016 VOMCE continued to break new ground with its first-ever summer pop-up concert at Madrone Vineyard Estates in Glen Ellen. As with every concert since 2007, VOMCE donates the concert proceeds to local charitable arts programs through its collaboration with the Sonoma Community Center.

VOMCE has also been honored to perform privately, including for San Francisco’s prestigious Francisca Club; the Sonoma Valley Fund at Rick and Renee Dellar’s wine cave in 2010; and at a wedding mass at St. Francis Solano Roman Catholic Church in 2011. In May 2012 we were privileged to perform original choral works by our accompanist emeritus John Burke at the retrospective concert celebrating his achievements, at Trinity Episcopal Church. In 2014 and 2015 we were honored to perform for the Sonoma International Film Festival dinner. And at our 10th Spring concert we were honored to perform the world premier of Bradley Ellingboe’s “The Reason For My Song”.

COVID 19 forced the long musical hiatus of VOMCE and other performing ensembles, but we’re coming out the other side with pent up energy and excitement to get back to work making music together. We’re a smaller ensemble, and we’re exploring some new musical avenues. We look forward to sharing our joy of a cappella music with you again!